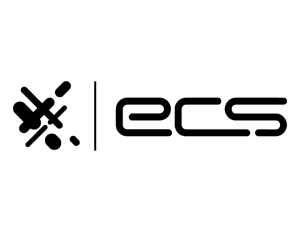 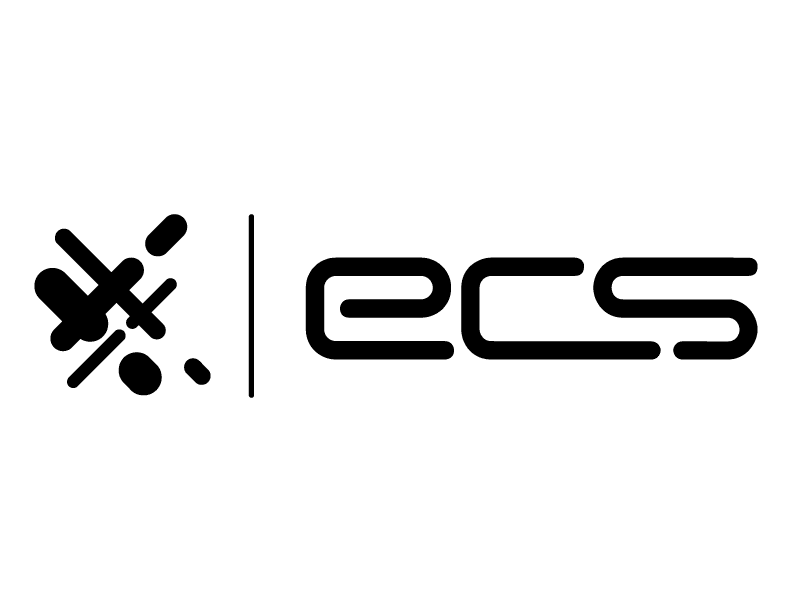 Inflation and interest are two words that we may not like to see, yet may not fully understand either.  In 2022, we’ve seen both increase. But why are interest rates going up? If you are a business owner, congratulations on surviving or establishing your dream through the traumatic hurdle of Covid-19.

If you find yourself in 2022 building your business from the ground up, restarting, re-inventing yourself, or just keeping afloat, you deserve a round of applause. A brief explanation of today’s rising interest rates might help you better understand how the future of your business will be affected.

In recent years, interest rates were at historic lows. With the onset of Covid-19, there was uncertainty about what its economic impact would be. This halted spending. Interest rates plummeted in hopes of piquing an interest of consumers. Enticing buyers to continue moving money to keep the economy active and alive.

However, with increased spending, a supply and demand conflict is created. When supply is lower than demand, inflation arises. The most challenging problem facing small-business owners is in fact, inflation.

The Cause and Effect of Interest Rates and Inflation

When spending increases, businesses generate income growth. When income grows faster than the production of goods or availability of services, prices will go up. This is the effect of supply and demand. When demand is higher than the supply, this creates inflation.

The central bank or otherwise known as the Federal Reserve cannot fix the rate of supply to cater to demand. However, it does act as the ultimate lever to slow the economy from exploding into an uncontrollable inflationary bubble.Although inflation results from a healthy economy, if left unchecked, it can lead to an incredible loss of purchasing power.

When managing inflation, the central bank will examine indicators from the Producer Price Index (PPI) and the Consumer Price Index (CPI). If these indexes rise over 2-3% for the year, this alerts the Federal Reserve of a need to control inflation.

Understanding that one person’s spending is another person’s income helps to visualize how the market revolves. When spending slows, businesses’ revenues drop. When revenue drops, income drops. When income and thus spending drop, so do prices. This aggressive approach to fighting inflation causes a chain reaction that is reversely called deflation. Deflation aims at providing relief to consumers’ pockets.

As the Federal Reserve combats inflation with increased interest rates, the aim is for a “soft landing” on the downward economic cycle. The risk, however, is falling too far, too fast, landing into a critical recession.

When in a deflation, prices drop, interest rates drop, and thus spending increases in response to the favorable pricing. However, if deflation continues too far, the economy will hit a dangerous point in the cycle called a recession and deleveraging.

Now that we have dissected inflation and interest rates, and their effect on one another, we can go into further details on recent events.

2022’s inflation has caused prices for consumer goods and services including gasoline, groceries, rent, and daily purchases to increase by 8.6% from last year. This annual increase is the fastest pace we have seen in over 40 years.

The central bank must step in to rectify the hardship that inflation causes to the population and economy as a whole. Throughout 2022, the Federal Reserve has increased interest rates throughout the year to combat the rising inflation. This has been the first time interest rates were increased since 2018.

Most recently, the federal funds rate was raised 75 basis points on June 15th, 2022. This was the third raise since March of 2022. This was the highest raise in 28 years, since the last 75-point raise in November of 1994. This totals to 1.5% total for the year, with more increases surely to follow before the year is over.

The motivation for dramatically increasing interest rates is to expedite the regaining of control over soaring consumer prices. However, with such climatic circumstances, the fear of recession is in the midst.

As the Federal Reserve works to regain control of the economy, small businesses may feel the impact. Different industries may see a shift in business growth, consumer spending, loans and credit card expenses, and more. Let’s look further into how raising interest rates affect the market. As interest rates spike, both businesses and consumers cut back on spending. When spending decreases, company cash flow also lessens. If businesses are seen as less profitable, the price of the company’s stock will go down.

If there is a reduced demand for stocks, it in return impairs stock performance. If a business’s stock is in less demand, it will negatively impact its shareholders and the business. Putting both parties in financial turmoil.

Conversely, the federal funds rate directly affects financial institutions more positively. This rate is charged to banks, credit unions, brokerages, and mortgage companies when they lend each other and consumers money. These institutions can charge more for their lending services with interest rate hikes. The more they can charge, the higher profit they can make.

Every time a lender approves a client there is always a risk they are taking on. There is a probability that the debt may not be repaid. As compensation for that risk, lenders use interest to fund their services. Interest rate, meaning, the amount the lender charges to issue a loan. This is what the lender earns when a borrower pays off their loan or line of credit as a reward for their risk.

Many businesses rely on business loans, personal loans, and lines of credit to purchase real estate, equipment, and materials. These upgrades allow for growth. In fact, since May 2020, a survey by The Harris Poll claimed that 39% of entrepreneurs used credit cards to fund their businesses.

With more costly loans, banks’ risks increase. Because of this, they will become more selective with their business loan approval rates. This will add to the difficulty businesses are already facing with increased lending prices and reduced cash flow from slowed spending. However, online lenders may offer more lenient terms than traditional banks.

Variable rate loans are loans with interest rates that fluctuate depending on the market. As interest rises, loan payments will rise and become more expensive to pay off.

However, if interest rates plummet, this is great news for your loan, as payments will decrease and become more affordable. Conversely, fixed-rate loans are not subject to market fluctuations and rate increases. The original interest is set for the entirety of the loan.

If you currently have a variable rate loan or credit card debt look into paying it off as soon as possible. You can also consider consolidating or refinancing into a fixed-rate loan. This may be your best option as interest rates are expected to continue to rise throughout the year.If you are just getting started, locking in with a fixed-rate loan will also be your best option.

Fixed-rate loans may start with higher interest payments, however, variable loans may increase over time and become higher than the original fixed rate

Looking into fixed rate lending will stabilize your debt payments for a more manageable financial burden. There are even some debt consolidation options that offer short-term interest rates of 0% for the first year or two. If you can take advantage of this, you will be setting your business up for financial success. With increased interest, mortgage rates and closing costs have dramatically risen. Proving to be the highest seen in many years. This puts purchasing property completely out of reach for potential buyers.Doubling since last year’s 30-year fixed mortgage rates, the new average rate is near 6%. Making it extremely difficult to buy a home or business property.

The existence of credit allows borrowers to immediately spend money, rather than waiting to save to make a purchase.However, using credit to make purchases is simply borrowing from your future self. That money will eventually be owed back.

With high-interest rates, consumers are more apprehensive to use credit to purchase goods and services. They know the debt will be more expensive to pay off. This usually is not worth the future financial burden to most in response to immediate gratification. So, when spending decreases in response to increased interest rates, merchants’ profits also decrease.

Even if you run a debt-free business, you are not in the clear when it comes to rising interest rates. Even if you have all your debt and mortgages paid off, your revenue is still in jeopardy. Because what is affecting your consumers, will as result, affect you and your income.

Inflation is the number one threat to today’s small businesses. In fact, according to Forbes, to grapple with the pressure of inflation, 67% of small businesses had to raise their prices. 41% had to decrease staff. 39% had to take out additional loans.

With surging inflation hitting small businesses after just surviving the pandemic, the purchasing power to suppliers is limited. To absorb their additional costs of doing business, merchants are forced to raise their own prices. In return, with the cost of goods going up, consumer spending goes down. Thus profit margins remain volatile.

Some corporate sectors are struggling more than others. The industries that sell big-ticket items and heavily rely on consumer lending will get hit the hardest.They are heavily reliant on attractive interest rates. Since May 2022, retail sales for items such as electronics, appliances, and furniture fell 0.3%. When businesses are struggling to make a profit, growth is at a standstill. When growth is challenging, creating new jobs, and even maintaining proper current employment proves difficult. Federal policymakers initially forecasted unemployment for the next year to be 3.5%. However, they have now raised their prognosis for unemployment to 3.9%.

Although the unemployment rate is higher, job openings are remaining unfilled. Far more than before the Covid-19 pandemic. There is a record number of jobs being left, typically for a higher-paying positions. With inflation, the minimum rate is rising faster than it has in decades past.

With hindered growth, small businesses have a hard time keeping up with paying the increased wage requirements. These merchants typically have lower wage distribution. As a result, these businesses are hit the hardest with unemployment conditions and unfilled job positions.

Why Interest Rates Are Going Up Conclusion

The stock market, commercial and consumer spending, business growth, lending availability, and prices of goods and services are all affected. It is important to remember that the economic machine is cyclical in nature. Everything that goes up, must come down. For short-term debt, this is typically a 5-10 year cycle.

Understanding the fundamental relationship between interest rates and the economy will better equip you to make and prepare for future financial decisions.

Our aim is to be a “One Stop Shop” for all payment and product needs.

The Right Choice Changes Everything